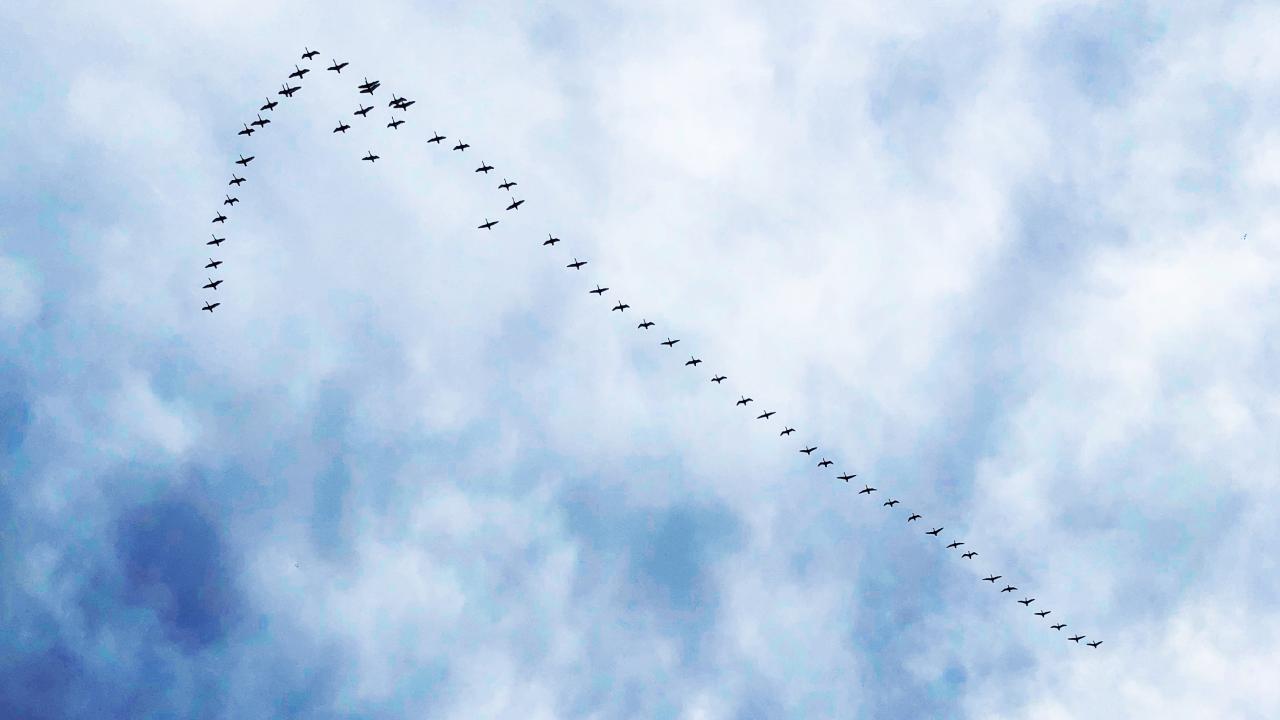 #8 On finding emergent properties where I least expected them

I had just arrived in town for my six-month exchange with the Gaudin Agroecology Lab at UC Davis. In Brazil, where I come from, we call this kind of exchange a ‘Sandwich PhD’ (weird, I know. Especially when you declare to have traveled to “do a Sandwich”, which is a common usage in Portuguese). Caity, back then a PhD student at the Gaudin Lab who I met in Brazil years ago, had invited me to eat rice & beans at Jorge’s house with some of her friends. I was very excited to make new friends, and also to taste Jorge’s version of the dish, a Brazilian classic that I found out is also a typical Mexican combination (arroz e feijão or arroz y frijoles, respectively). During dinner – which was delicious, by the way – people asked about my PhD research. Finding myself among so many smart UCD researchers, I timidly answered that I aimed to unravel the so-called “emergent properties” of integrated crop-livestock systems. But before I explain, let me backtrack a little and tell you how I got there in the first place.

From single bites to emergent properties

After graduating in Agronomy at the Federal University of Santa Maria, Brazil, in 2014, I decided to pursue my childhood dream of becoming a scientist. With their catchy slogan, “Sharing Opportunities in Grazing Science”, the Grazing Ecology Research Group (GPEP) at the Federal University of Rio Grande do Sul seemed like the perfect fit for me. As a gaucho myself (a person who was born in Rio Grande do Sul, the southernmost State of Brazil, neighboring Uruguay and Argentina) I grew up observing the grazing cattle and sheep on the Pampa grasslands of my family’s ranch (Figure 1).

Led by Dr. Paulo Carvalho, the GPEP studies grazing management, plant-animal interactions and integrated crop-livestock systems (ICLS). Upon my arrival, I was assigned to develop my MSc project at Fazenda do Espinilho, where a long-term ICLS protocol has been underway since 2001 (aka the Tupã experiment, for the Tupanciretã district where the farm is located). The longest running ICLS experiment in subtropical Brazil, it just completed its 20th anniversary.

Although crop and livestock production have co-existed and supported each other for millennia, the re-coupling of these components to form more biodiverse agroecosystems has been proposed to regain ecosystem services lost after decades of specialization. In Brazil, despite an increasing trend in last years, only ~5% of agricultural land is currently under crop-livestock integration. The low adoption by farmers is often related to the greater managerial complexity and labor required by ICLS along with conventional wisdom on the assumed negative effects of grazing animals on soil and crop yields. Rio Grande do Sul is the region with the greatest percentage of ICLS adoption in Brazil (~20%), most of which are characterized by annual rotations of summer cash crops and winter cover crops used for grazing.

This is the reality reproduced at the Tupã experiment, which rotates soybeans with a mixture of black oat (Avena strigosa Schreb.) and annual ryegrass (Lolium multiflorum Lam.) under different grazing intensities by beef steers in the winter (Figure 2). The addition of livestock into established cropping systems has been shown to bring several important benefits associated with diversification and landscape multifunctionality, but it may never undo the damage caused by cropland expansion into the native Pampa grasslands in the last decades (e.g., zoom in Figure 1, left to see a soybean cropland in the background).

Joining the team in charge of Tupã, my mission was to help upend some of this conventional wisdom and fill in knowledge gaps in ICLS science. I started by characterizing plant-animal interactions from the smallest scale: the bite. An individual bite of forage by a grazing animal is considered the core of the grazing process, and optimizing it is one of the main focuses of the GPEP. I monitored bites by using precision livestock tools such as bioacoustics (i.e., microphones fixed on animals’ foreheads to collect the sounds of bites and chews and translate them into information such as bite rate and bite mass) and GPS devices for mapping sward structure and cattle movement patterns (Figure 3).

Although we are still working on behavior data, we already know that grazing intensity affects sward heterogeneity and forage production in those pastures. While intense grazing reduces herbage growth and creates short, homogeneous swards with increased frequency of bare soil (facilitating soil erosion, nutrient losses, weed infestation and other negative impacts to the system), reducing grazing intensity increases spatial heterogeneity and favors herbage production. Heterogeneity, however, is often avoided by managers, who tend to prefer homogeneous pastures. Not surprising, perhaps, as humans like to control things and heterogeneity reminds us of our lack of control. But from an animal perspective, resource heterogeneity is not detrimental. Through selectivity, grazers can ingest a diet that is better than the average of the pasture, which allows them to increase their intake rate with increasing spatial heterogeneity for the same average forage allowance and/or sward height.

During my PhD, I momentarily switched focus from the plant-animal interface to explore questions about whole system functioning. Ecological theory would say that the more complex and biodiverse the ICLS is, the greater are the synergies between soil, plant and animal compartments, and the greater is the chance of an emergent behavior/phenomenon to occur. These “emergent properties”, which I mentioned to my friends in Davis, are novel, unexpected properties of complex systems that arise from the interactions among system components in a higher level of organization and functioning. Being unexpected and resulting from interactions, they are not predictable from the behavior of the individual parts. In other words, the outcome of these interactions is greater than the sum of the individual contributions of each system compartment, or simply “the whole is greater than the sum of its parts”.

An example of an emergent property in nature is the “v” shape of bird flocks (like that in the cover photo of this post, taken of the sky above Yolo Bypass Wildlife Area, CA). It emerges from individual interactions of a bird with its nearest mate to make its own flight more energy efficient, or easier, and ends up increasing the distance that the whole flock can fly without rest during a migration – besides producing protection for the flock and a magnificent visual phenomenon, among other benefits. Other examples include the complex functioning of ant colonies and coral reefs, and even human consciousness, which derives from the interconnection of neurons in the nervous system to produce all sorts of information, like self-awareness and emotions.

But back to ICLS, we have reasons to believe that emergent properties are present and affecting some of the results obtained at the Tupã experiment (referred as São Miguel das Missões experiment in this link). For example, the limiting effect of acidic soils and toxic aluminum on crop yields is a well-established concept in classic soil fertility, but soybean yields at Tupã did not respond as expected to lime application. Instead, soybeans achieved high yields even under low pH and high aluminum concentrations. In addition, liming’s effect on soil correction was detected in deeper soil layers under grazing conditions, which probably results from multiple causes, such as root activity, the presence of dung beetles creating biopores, and animal excretions. Are these behaviors emergent properties? Are there more emergent behaviors that we are unaware of? And if the answer is yes, what/where are they, and what do they look like? The challenge of finding them was one that I embraced during my PhD journey.

It is not easy to find something when we don’t really know what we are looking for, and this was the case in my first days as a doctoral student. Equipped with the mission of finding emergent properties (which later became a joke between me and my friends in Davis, who frequently said “Pedro, this may be an emergent property” to the most random things around us), I traveled to California to meet Prof. Amélie Gaudin, a network that emerged after Caitlin Peterson’s (Caity, who I mentioned earlier) study in Brazil (Figure 4). Caity talked about her findings and experience at Tupã in an earlier publication in this blog.

Dr. Gaudin’s and Dr. Li’s (Meng Li, at that time a postdoctoral researcher with the Gaudin Lab) knowledge on Agroecology combined with Prof. Emilio Laca’s statistical expertise, allowed us to investigate the long-term stability of yields and profitability at the Tupã experiment, a topic that gains importance with increasing environmental uncertainty brought by climate change, and that we never had the ability to explore before. In this context, high yielding systems that can maintain stable crop yields under variable environmental scenarios are paramount to food security. We found different responses depending on the variable we looked at. For example, while grazing reduced the chance of crop failure without affecting average soybean yields (enhanced stability), tradeoffs occurred between stability and yields for herbage production and animal live weight gains: grazing intensities that benefited yields compromised stability, and vice-versa. However, when we looked at whole-system outcomes, namely human-digestible protein production and profitability, the best balance between stability and yields was achieved under moderate grazing intensities, while the over-intensification or the absence of grazing decreased system stability. We concluded that it is possible to improve the stability and profits of soybean systems with livestock integration, but the probability of win-win outcomes depends on management during the stocking phase.

I finally found it, but it’s probably not what you’re thinking

Is stability an emergent property? It may be, depending on the response variable we are looking at. While financial stability (or vulnerability) is explained by the combination of market prices and yields, the stability of live weight gains and forage production result from an equilibrium between herbage growth and stocking density achieved with frequent (or not that frequent, depending on the grazing intensity used) stocking density adjustments. The stability of soybean yields, in turn, is potentially being driven by more complex processes and interactions resulting from soil amelioration (e.g., greater soil aggregation leading to greater soil physical stabilization and more biodiverse microbial communities leading to more stable soil functioning under stressful environmental conditions). Such interactions deserve further investigation for better understanding the mechanisms underlying stability in ICLS.

One thing I know for sure: none of the experiences and findings mentioned here would have been possible had I not left the comfort zone and pursued my dreams and bigger achievements. No dissertation and no scientific papers would be there had I not faced the fear of migrating to another country, ultimately surrounding myself with amazing mentors and friends that supported me through the whole journey. After all, birds teach us that one can get somewhere flying alone, but it’s easier, more effective and more profitable (and also more beautiful) to fly in a flock. Doing so is only possible through collaboration, cohesion and connectivity between individuals with a common goal. Who I am today would certainly not exist without the interaction between all these underlying parts that acted to form a more complex, even unexpected version of myself. I guess I finally found an emergent property!

- Blog post #2: Great balls of dung, and other surprises. https://gaudin.ucdavis.edu/news/great-balls-dung-and-other-surprises

#10 Reflections on Progress: 50 Years Within One Family and Across Academia

#9 Case study: How to be the object and the researcher of your own experiences